The Vatican Turned Off Its Fountains So Rome Can Save Water 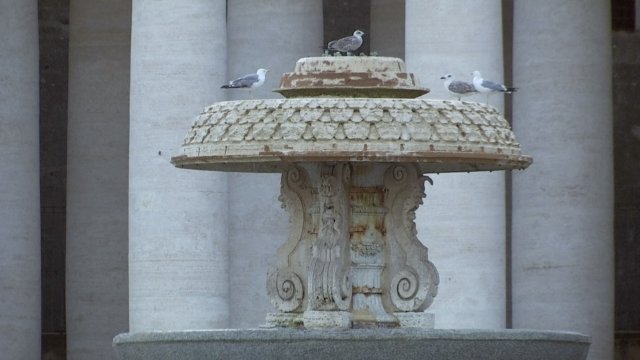 The Vatican has turned off the external fountains in St. Peter's Square as well as all interior fountains.

Italy is struggling with a severe drought, so to save water, the Vatican is shutting off its famous fountains.

The Vatican said online it turned off the external fountains in St. Peter's Square and all interior fountains, including those in the Vatican Gardens.

Media reports estimate the Vatican has about 100 fountains.

The Vatican told Catholics that Communion wafers with no gluten are "invalid," which may things difficult for gluten-intolerant worshippers.

A spokesperson told Reuters the move is Pope Francis' way of helping Rome through the crisis.

"This decision is very much in line with the pope's thinking on ecology: You can't waste, and sometimes you have to be willing to make a sacrifice," Vatican spokesperson Greg Burke said.

Italy has experienced one of its driest springs in 60 years, and it's costing the country's farmers billions of dollars.