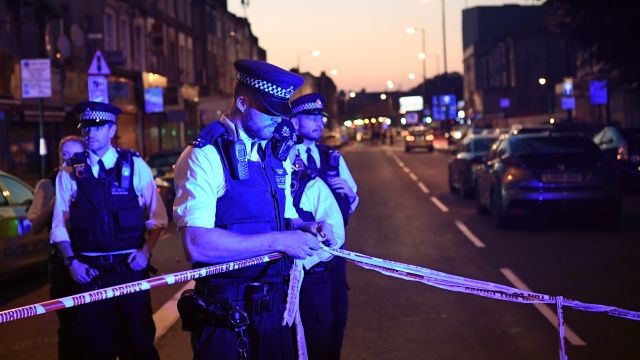 One person was arrested after a van plowed into a group of worshipers leaving a mosque in north London early Monday.

One person was arrested after a van plowed into a group of worshippers leaving a mosque in north London early Monday.

Police said the suspect is a 48-year-old white man. He's being held on suspicion of attempted murder, and officials believe he acted alone.

At least 10 people were injured in the attack, which authorities are investigating as a terrorist act. Officials say all of the victims were Muslim.

May And Macron Are Going After Websites That Harbor Terrorist Content

U.K.'s Theresa May and France's Emmanuel Macron discussed Brexit and imposing a legal liability on websites that they say shelter harmful content.

One man was found dead at the scene. But he was receiving first aid before the attack started, so police aren't sure yet if the van attack caused his death.

There have been three other terrorist attacks in Britain since March.