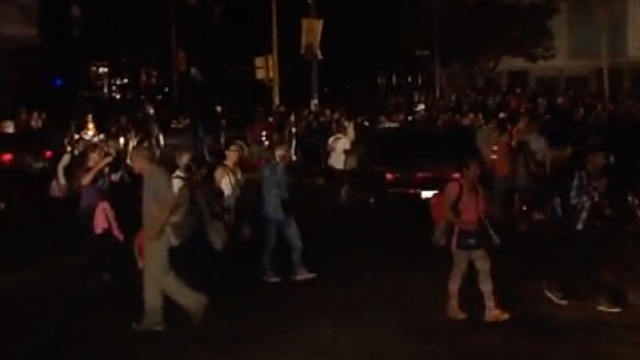 Venezuela faced a massive blackout Thursday night, and much of the country was still dark Friday morning.

The power went out during Thursday rush hour, and affected up to 22 of 23 states.

Blackouts happen every day in Venezuela, but rarely of this scale. The government subsidizes most electric bills, so residents only pay a couple dollars a month. But top officials have been accused of stealing money reserved for the nation's electricity.

The Venezuelan government frequently accuses opposition of sabotage when the power goes out. This time the government accused U.S. Senator Marco Rubio of coordinating an "electric war" on the country's main power station, but did not provide evidence. U.S. Secretary of State Mike Pompeo responded that the the outages are "the result of the Maduro regime's incompetence."

Venezuelan citizens have been warned by the government to stay in their homes until the power is back on.