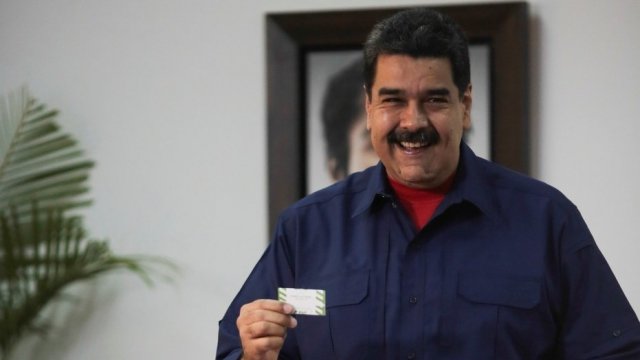 The three biggest opposition parties said the electoral system was rigged in Maduro's favor. The governing United Socialist Party went on to win about 90 percent of the vote. Less than half of eligible voters turned out to cast a ballot.

2 People Are Claiming To Be The President Of Honduras

The opposition candidate says he won't accept an outcome where he isn't declared the winner.

Keep in mind, Venezuela is in the grips of a severe economic crisis and recently defaulted on billions of dollars of debt. In spite of that, Maduro has consolidated his power, dismantling the opposition-held legislature and creating a new Constituent Assembly of his supporters, who have the power to rewrite the nation's constitution. He's also used recent sanctions by U.S. "imperialists" as a scapegoat for Venezuela's problems.

Opposition parties lost in October's regional elections, leading to accusations of electoral rigging and fraud. Now, Maduro's announcement seems to bar those parties from challenging him in next year's presidential election.