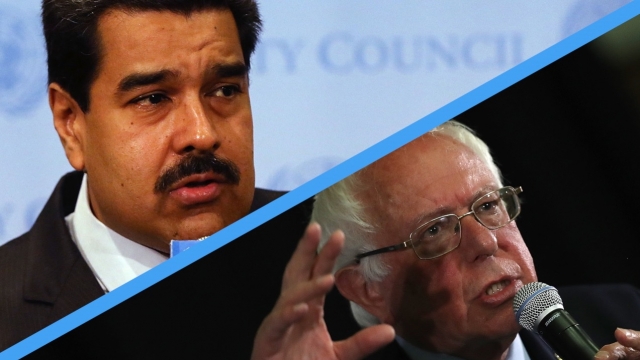 Don't be surprised if Sanders doesn't count it as a huge win.

But Maduro said Donald Trump could win the general election because the presumptive GOP nominee "is using a force for change hidden in U.S. society."

Maduro belongs to the United Socialist Party of Venezuela, whose ideology is similar to, but not quite the same as, Sanders', who calls himself a democratic socialist.

Sanders might not consider the endorsement a win, though.

Venezuela has the "world's worst performing economy." Citizens are running short on food and basic toiletries. There are even rolling blackouts.

In a recent poll, roughly 70 percent of Venezuelans said they hope Maduro loses his presidency by the end of the year.

"Venezuela's socialist model has driven the economy basically to the ground. Argentina, Brazil now even. How do you explain that failure?" an anchor asked Sanders.

Beyond policy issues, the Democratic candidate once called Maduro's predecessor, Hugo Chávez, from the same party a "dead communist dictator."

And Maduro himself has been accused of crimes against humanity.