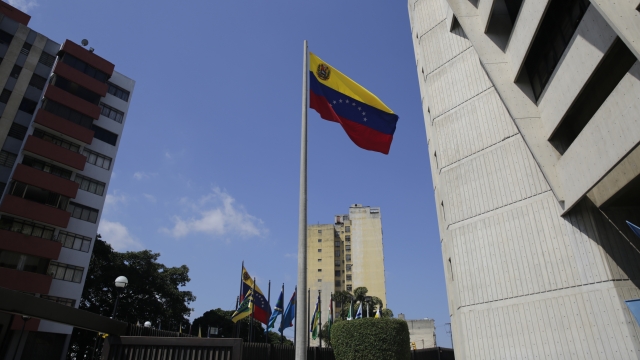 Last week, Guaido — the head of Venezuela’s National Assembly — declared himself interim president. The U.S. and several other countries jumped in to back him, overstepping Venezuelan President Nicolas Maduro.

U.S. national security adviser John Bolton issued the Venezuelan government a warning on Sunday, saying any violence or intimidation against U.S. diplomats in Venezuela or Guaido would be met with "a significant response."

And on Monday, the Trump administration slapped sanctions against Maduro and Venezuela's state-owned oil firm PDVSA. The Venezuelan government denounced the move, saying Maduro would "evaluate and take the corresponding legal measures to face this new aggression."