Verizon And AT&T Reach Deal With The FAA On 5G 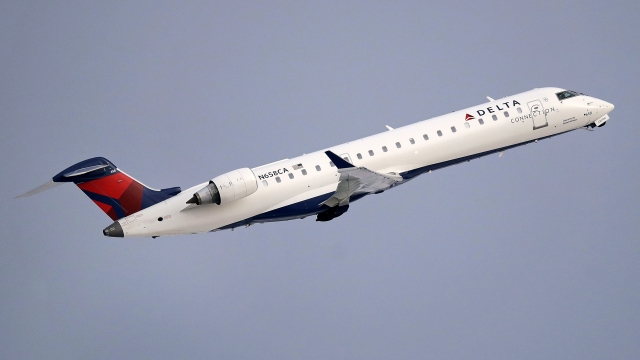 In a new agreement with the Federal Aviation Administration, AT&T and Verizon will again delay the full 5G rollout near some airports until July 2023.

The new wireless technology that’s been partly grounded over airline safety concern, has a timeline for takeoff.

Here’s the issue — AT&T and Verizon are trying to roll out new and improved 5G service. But that service operates on frequencies that can interfere with aircraft radio altimeters. It's a critical instrument pilots rely on for precision landings in poor visibility.

Ethan Klapper is a Senior Aviation Reporter for The Points Guy, a travel agency.

"It's actually been backed up with some reports by pilots in the field, that there have been some errant readings of these radio altimeters as a result of this 5G, C Band signal interference," he said.

The issue mostly affects smaller regional jets, with problems reported in places like: San Francisco, Key West, Florida, and Everett, Washington, where the airport blamed 5G and weather for a day of canceled flights in January — tweeting “this is out of our control, and we are as frustrated as you are.”

"The visibility was too low for any of the regional jets that come in, and it's only served by regional jets, so they were out of luck," Klapper said.

In a new agreement with the Federal Aviation Administration (FAA), AT&T and Verizon will again delay the full 5G rollout near some airports until July 2023. By then, the FAA wants airlines to upgrade all affected planes to make them 5G-proof.  But the airlines association objects, saying "It’s not at all clear that carriers can meet what appears to be an arbitrary deadline.”

"They are concerned about the timelines, and the cost of making those upgrades. Who is going to pay for these upgrades? Avionics, not cheap. It’s tens of thousands of dollars, sometimes more," Klapper said.

The airlines had warned disruptions caused by 5G could be “catastrophic," but so far the impact on passengers has been minimal. The FAA says it believes this latest compromise allows 5G and airplanes to safely co-exist.

"The reason that there is inconvenience is because of the safety standards. That's a feature of the system, not a bug," said Klapper.