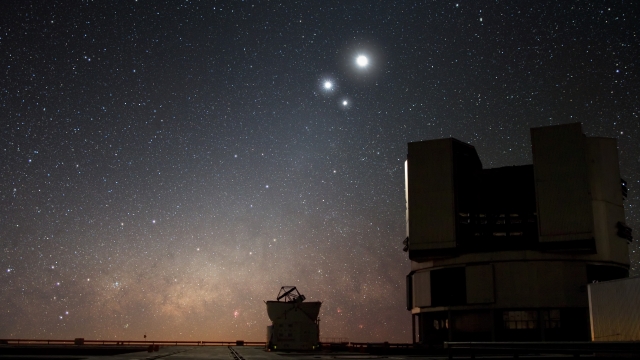 Scientists at the European Southern Observatory are upgrading their Very Large Telescope in hopes of getting a better look at the sun's nearest neighbor, Alpha Centauri.

The upgrade is funded by Breakthrough Initiatives — a group of scientific programs seeking evidence of life beyond our planet.

Ring galaxies are already a 1-in-1,000 occurrence. You're even less likely to find one with another dim ring inside.

Right now, it's difficult for the telescope to detect planets because of how bright the two main stars of the Alpha Centauri system are. The changes to the Very Large Telescope should dim that light.

Last summer, scientists found a planet orbiting the star Proxima Centauri, so we know there are planets in the Alpha Centauri system.