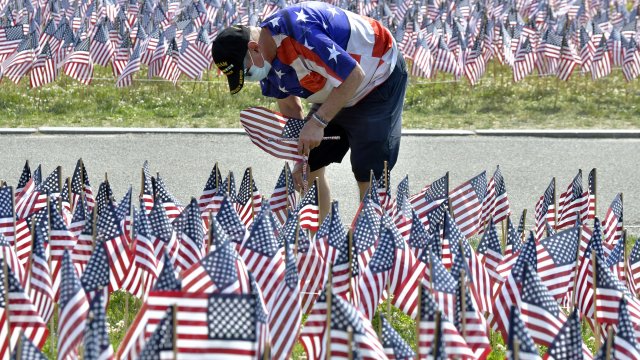 Veterans and experts warn the isolation, coupled with a lack of resources to begin with, could have dire consequences.

Pasha Palanker spent 17 years serving in the Army. During that time, he suffered countless injuries. But the physical wounds weren’t the worst of it.

“You're so far from the person that you used to be. It feels like it's too late, like nothing can be done," Palanker said.

He was diagnosed with Post Traumatic Stress Disorder, known as PTSD. It’s a condition that’s frequently associated with veterans, and the alarming suicide rate among them. The latest data show the number of veteran suicides rose over 6 percent from 2005 to 2018. That’s despite a decrease in the veteran population during the same time.

PTSD is one of many factors contributing to the increase in death by suicide. And some of its root causes have nothing to do with combat.

“A lot occurs before and outside of deployment," said MaryAlyce Torpy, a clinical therapist who works with veterans.

Experts point out that some people are already facing mental health challenges before enlisting. They also note traumatic events can happen here on home bases, from vehicle injuries to sexual assault.

Considering the myriad of factors, effective prevention measures have proven difficult. That was especially true during the COVID-19 pandemic.

“The isolation caused by the pandemic is what drove me to probably the lowest point of my life," Palanker said.

Clinical therapist MaryAlyce Torpy, a veteran herself, understands the lack of resources for veterans suffering from mental health traumas, was an issue even before the pandemic.

“If you think you can use some help, get some help. It doesn't hurt to try. It hurts to not try," Torpy said.

“Things can and will get better if you decide to take action," Palanker said.