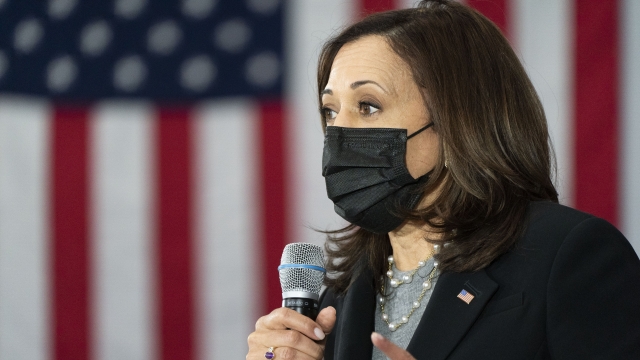 In a new interview she explained how she approaches the job.

Vice President Harris is speaking out about her role leading the administration's response to the surge of migrants coming to the U.S. from the southern border.

In a new interview she explained how she approaches the job.

"I come at this issue from the perspective that most people don't want to leave home," Harris said. "Understanding that, we have to give people some sense of hope, that if they stay, that help is on the way."

Since President Biden and Harris took office, a record number of migrants has crossed the southern border – including many unaccompanied children.

The Biden administration has been criticized for its handling of the situation and a new poll show more than 50 percent of Americans disapprove of how the president has handled immigration.