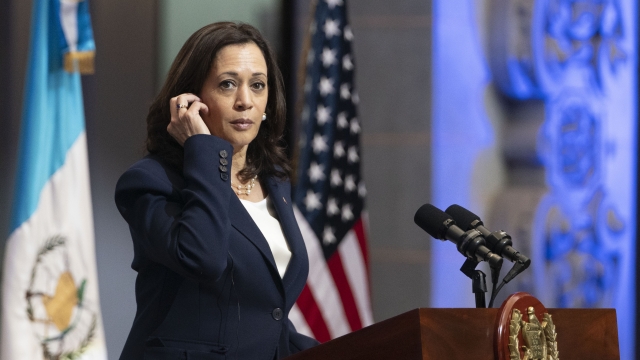 She is aiming to help tackle the root causes of migration after the U.S. saw surges at its southern border, stretching the limits of immigration.

During her first trip abroad as vice president, Kamala Harris announced several new initiatives to combat human smuggling and trafficking. That includes a new government task force assigned to it.

She met with Guatemala's president Monday and she's heading to Mexico to meet with its leader Tuesday.

Her objective is to help tackle the root causes of migration after the U.S. saw surges at its southern border, stretching the limits of the immigration system.

Migrants in the so-called Northern Triangle countries sometimes risk their lives for a better life in the U.S. The vice president had a message for them today: don't do it.

She said: "I want to be clear to folks in this region who are thinking about making that dangerous trek to the United States-Mexico border: Do not come. Do not come."

The vice president said if those people wish to come to the U.S., it should be done legally.

Critics of the Biden adminstration have blamed its policies for the crisis at the border.