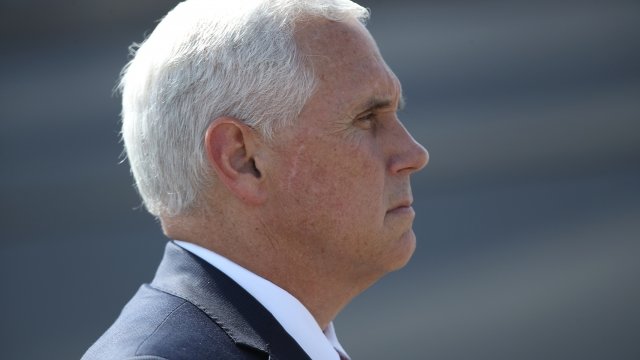 There, the vice president met with Afghan President Ashraf Ghani. Discussing the U.S.' changing military strategies and progress against terrorist groups, Pence said: "We believe that we are now on a path to achieving a lasting victory for freedom and security in Afghanistan."

After that meeting, Pence visited the Bagram air base to rally U.S. troops.

Pence is now the highest-ranking Trump White House official to visit an active U.S. combat zone. For safety reasons, it was planned in secret.