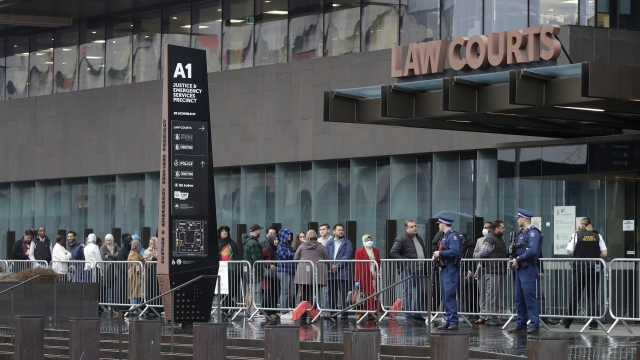 A judge will sentence the shooter later this week. He could become the first person in New Zealand to get life in prison without parole.

"May you get the severest punishment for your evil act in this life and in the hereafter," one mother said.

The shooter has pleaded guilty to 51 counts of murder and other charges, marking the first terrorism conviction in New Zealand's history. The mass shooting is the country's worst atrocity in modern times.

A judge will sentence the shooter later this week. He could become the first person in New Zealand to get life in prison without parole.

To avoid giving notoriety to perpetrators, Newsy does not name shooters in mass attacks.