The CEO Of Victoria's Secret's Parent Company Is Stepping Down 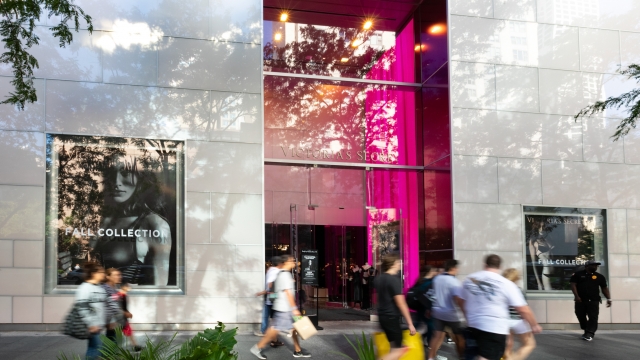 The brand has reported a decline in sales, and both the company and its CEO have faced public scrutiny in recent months.

L Brands, Inc., which owns Victoria's Secret, announced on Thursday that its CEO is stepping down and will sell a majority of the lingerie company.

Leslie Wexner is selling 55% of Victoria's Secret to private-equity firm Sycamore Partners for a $525 million. L Brands will still own a 45% stake in the brand.

In a statement, Wexner said Thursday's "strategic transaction" will let Victoria's Secret Lingerie, Victoria's Secret Beauty and PINK be "a privately-held entity focused on reinvigorating its market-leading businesses and returning them to historic levels of profitability and growth."

The company reported a 10% decline in sales in the fourth quarter of 2019 and said that was partly due to the "highly competitive nature of the retail industry."

One well-known competitor is Rihanna's Savage X Fenty line, which the singer says focuses on diversity and inclusion. The Victoria's Secret fashion show has faced backlash for not being diverse and inclusive enough. As Newsy has previously reported, back in November, L Brands decided to cancel the annual show during an earnings call.

What's more, in early February, Victoria's Secret models and other employees spoke to The New York Times about a "culture of misogyny, bullying and harassment," along with allegations of misconduct by a top executive. Current and former executives told the Times they shared those allegations with Wexner, and that some of the women who spoke out faced retaliation.

Beyond that, Wexner has faced criticism over his relationship with the late Jeffrey Epstein. The registered sex offender used to manage Wexner's fortune and was a trustee of Wexner's charitable foundation. Epstein was accused of exploiting the friendship to promise girls and women modeling contracts with Victoria's Secret. In September, Wexner said he was "embarrassed" by the relationship and that he severed ties when allegations of sexual misconduct against Epstein first came out in 2007.

After the transaction between L Brands and Sycamore is complete, Wexner will step down as CEO and become a "chairman emeritus."