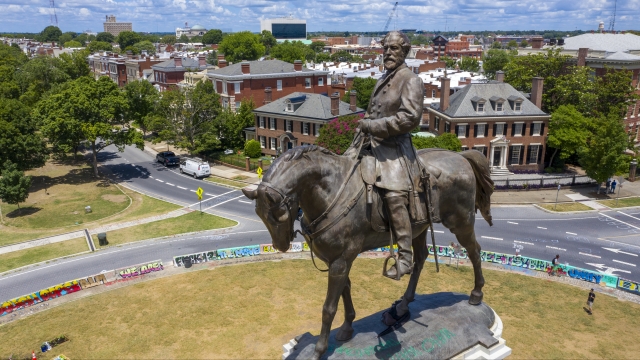 The Robert E. Lee statue will stay put while plaintiffs appeal a ruling that would let Gov. Ralph Northam remove the statue.

A statue of Robert E. Lee will stay standing in Virginia for now.

Gov. Ralph Northam announced he would remove the statue in June after the death of George Floyd.

A judge suspended the plans to give the opposing side time to appeal.

The Richmond residents who sued the governor plan to bring their case to the state Supreme Court.