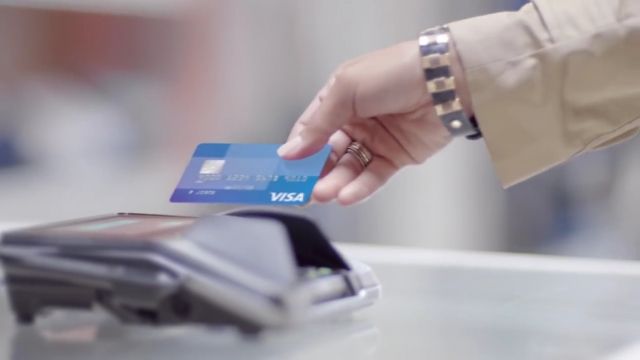 It looks like Visa's chip credit cards are doing their jobs. Merchants have reportedly seen an 18 percent drop in counterfeit transactions.

It was a subtle change to your Visa credit card — the addition of a small little chip in hopes of reducing fraud.

And it looks like it's working. USA Today reports merchants have seen an 18 percent drop in counterfeit transactions.

Visa started rolling out the new EMV chip-equipped cards about six months ago, so an 18 percent difference is certainly significant — but the security measures aren't perfect.

And scammers are now reportedly turning to emails — an age-old trick — to try and get your credit card info.

"Now, they're sending much more legitimate emails. It's hard to tell that they're fake. They often fake an email address so it looks like it's from your bank. They use graphics from your bank. It looks very legitimate a lot of the time," an internet security expert told WAGA.

While the cards might be safer, one complaint from customers is the longer-than-usual wait time the EMV chips take to scan.

But Visa says it's looking to speed up that process. Instead of sliding your card in and waiting for the transaction to finalize, Visa announced Tuesday that new technology will allow you to pull your card in two seconds or less.

This video includes clips from Visa, KTNV and an image from Getty Images.