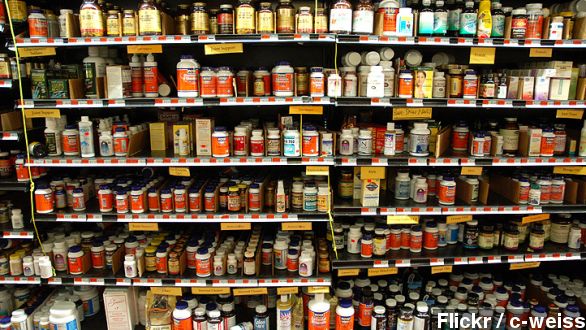 The jury's still out on whether vitamin supplements actually do anything.

When it comes to cardiovascular disease and cancer, prevention is key, but only if the prevention actually works. And the jury's still out on vitamin supplements.

"​A new report confirms what some doctors have been saying for years: there's no evidence supplements help prevent heart disease or cancer."​ (Via WNYT)

"This is according to the U.S. Preventative Service Task Force. It's a panel that issues recommendations to help guide doctors."​ (Via WJBK)

Citing a "lack of evidence," the panel of experts couldn't recommend taking vitamins alone, in combination or in a multivitamin for the prevention of heart disease or cancer. — But they're not advising not taking vitamins either. (Via WZVN)

In fact, they found folic acid supplements help pregnant woman have healthier babies. But in terms of everyone else, vitamins just don't really do anything, that they can tell.

Except in the cases of beta carotene and vitamin E. While E supplements were found to have absolutely no disease-fighting benefits, beta carotene was found to actually be harmful — appearing to boost the risk of certain cancers. (Via WPVI)

Now the idea of vitamins being neither here nor there for disease prevention has been around for years, with study after study providing mixed evidence on its benefits.

The vitamin market is a multibillion dollar industry. More than half of the U.S. population take at least one vitamin supplement, spending an estimated $11.8 billion on them each year. (Via WXIN)

Bottom line, people hoping to prevent cancer and cardiovascular disease should focus on getting their nutrients through a balanced, vitamin-rich diet rather than relying on multivitamins. Vitamins do not offset poor lifestyle choices.

"They're not exercising. They're having poor nutrition. They're smoking cigarettes. No amount of nutrient intake can make up for that." (Via WDAF)

The Preventative Services Task Forces only found vitamins overall beneficial among those with diagnosed vitamin deficiencies. More on the panel's findings can be found in the Annals of Internal Medicine.