Vizio's IPO Filing Reveals How It Monitors What You Watch 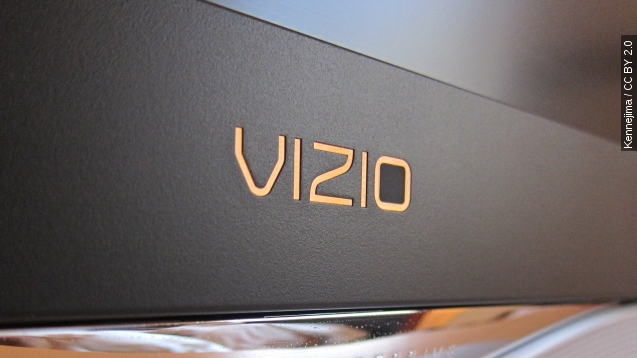 Vizio is planning to go public, and its paperwork for the Securities and Exchange Commission showed how the company can track everything you watch.

The top-ranked U.S. manufacturer of LCD HDTVs, at least as far as shipments go, is finally going public. And its SEC filing has revealed how Vizio intends to get a leg up on the competition. (Video via Vizio)

Vizio's filing says it's sold a lot of smart TVs, more than 15 million to date, with about 61 percent of those hooked up to the Internet. On the other hand it's only turned a profit of $31.4 million in the six months ending June 30. But Vizio touts something that could change that.

Vizio has a built-in game changer. Seriously, it's actually built into all the company's smart TVs, and it's watching what you're watching.

The IPO filing says Inscape Data Services, the only identifier for the unnamed feature, captures up to 100 billion viewing data points from eight million connected TVs each day — which is a fancy way of saying it can see what you're watching while you're watching it. (Video via CNET)

We're not talking just cable or satellite programing, either. Vizio has allowed a third party firm to collect data on connected streaming devices, gaming consoles and likely any other type of app installed on the TV. (Video via Netflix)

Advertisers or content providers probably love getting this data, because the more they learn about you the easier their job becomes. But it's a little intrusive for you and me — you know, the people just trying to binge-watch "The X-Files" in peace.

The company bills this "watch what you're watching" feature as a way to deliver "more relevant, personalized content" to viewers. But they could also sell the information and make a pretty penny in the process. That's a strategy that's worked wonders for Google and Facebook, so why wouldn't it work for a TV manufacturer too? (Video via Vizio)

The filing also notes that viewers can opt out of the data collection, but doesn't mention how many consumers have actually done so. (Video via Vizio)

Our guess is most people haven't because up until now they weren't aware it was even happening.