Volcano Alerts At Highest Level As Eruption Intensifies In Hawaii 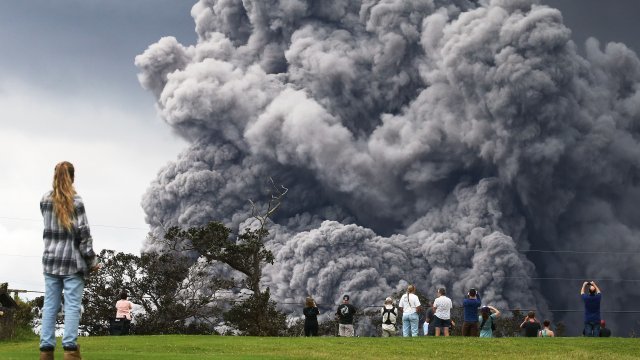 The USGS says ash eruptions at the volcano's summit have intensified, and as of Tuesday evening the ground and aviation alerts were at the highest levels.

Dangerous volcanic air pollution called vog has been reported almost 20 miles away from the summit. And 18 fissures, or vents, have opened up around the volcano.

The dangerous eruptions at Kilauea started earlier this month. So far, mass evacuations haven't been needed.