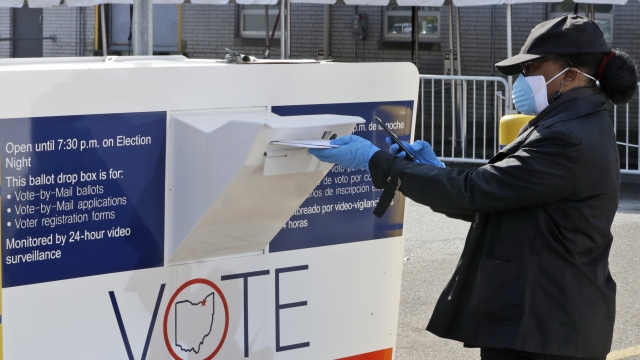 Where can you turn in your ballot if you don’t want to put it in the mail?

"If it's possible to return the ballot in person that you've received by mail, that can be a way to make sure that at least the mail system is not holding up the ballot," said Barry Burden, the director of the Elections Research Center at the University of Wisconsin-Madison.

Drop boxes give voters one alternative to using the U.S. Postal Service to return their ballot. At least 38 states and Washington D.C. allow them, but the location of those boxes and how many are available varies widely.

"At least in those states with a lot of experience, something like 60 to 70% of voters actually do use drop off boxes instead of the postal service," said Janine Parry, a professor of political science and Arkansas poll director at the University of Arkansas.

But check your local election rules before you try to return your ballot in person. Tennessee law requires absentee ballots to be returned by mail, and some states, like Minnesota, don't allow voters to turn in ballots at polling places on Election Day.

"A lot of jurisdictions for COVID are setting up curbside voting where people can pull in with their cars and hand someone their ballot. And so there's a lot of creative things going on right now," said Lonna Atkeson, the director of the Center for the Study of Voting, Elections, and Democracy at the University of New Mexico.