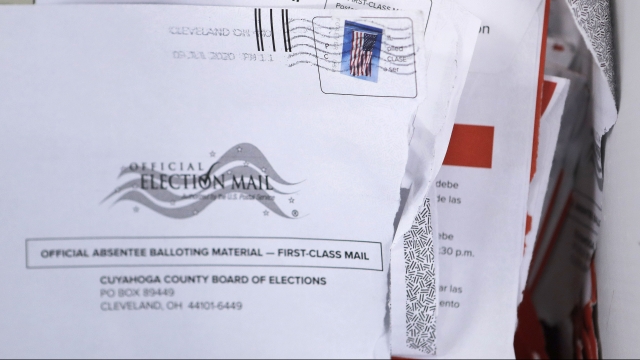 "By missing a deadline, using the wrong color pen, failing to sign the envelope or to get a signature of a witness, if that's needed,or anything else that's sort of part of the administrative package that you have to return to an election official," said Barry Burden, the director of the elections Research Center at the University of Wisconsin-Madison.

"The rejection rate is much higher for absentee ballots than it is for ballots cast in person," said Hans von Spakovsky, a senior legal fellow at the Heritage Foundation.

People choosing to vote from home take on more responsibility to make sure their ballot and return envelope are filled out correctly. The most common mistakes include missing information, missing the deadline to return it, or a mismatched signature.

"Young people, people of color, people for whom English is not their first language, and overseas and military voters are more likely to have their ballots rejected because the signature doesn't match," said Burden.

Voters should pay very close attention to the instructions that come with their mail-in ballot and the return envelope. Some states don't provide return envelopes with prepaid postage.

"In 2016, 99% of the ballots were accepted that were returned. That leaves 1%. It's not a huge percentage, but when you start multiplying that across the country, that's a lot of ballots," said Matthew Weil, the director of the Election Project at the Bipartisan Policy Center.