Could An Independent Candidate Break Through in 2020? 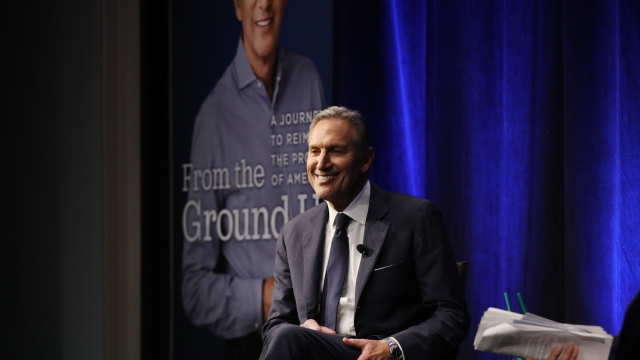 More Americans say they want more choices in future elections, but an independent could hurt Democrats competing in a crowded field.

In presidential elections, third party and independent candidates are controversial, but experts say voters are increasingly looking for more options ahead of 2020.

"Right now there’s a wide open field on the Democratic side and frankly on the Republican side too, there’s a desire to think about a possible alternative to Donald Trump as well. So there is a big appetite for it," said Joel Rubin, a former Democratic Congressional candidate and Senate aide.

Thirty-nine percent of Americans identify as independents, that’s more than those identifying as Democrats or Republicans.

Most independents lean one way or another and a 2018 Gallup poll found that despite this, 57% of Americans say a third major party is needed.

But when it comes down to election day, most Americans don’t end up voting for candidates without a “D” or “R” next to their name.

A big reason for that? The U.S. election system is build to shut out third-party candidates, and that disenfranchises voters.

"We have that winner-take-all approach for putting people in to Congress. So, two parties really create a sort of big tent on both sides of the aisle, on the conservative side and the liberal side to enable that competition," Rubin said.

That makes many voters feel like a vote for someone who isn’t a Democrat or a Republican is a waste because they’re odds of winning are so slim.

So, it’s really hard for third-party candidates to gain traction. But when they do, they can have a big impact on elections by pulling away votes from the Democratic and Republican nominees.

Experts say in this election cycle that would spell big trouble for Democrats.

"When there are multiple candidate primaries, we may end up finding that the candidate gets through who is not the overwhelming majority popular pick, but is able to win enough votes in enough key areas to get the nomination," Rubin said.

When the nominee doesn’t appeal to a broader swathe of voters, that leaves them more vulnerable to losing votes to a third-party candidate.

A third-party candidate could also pull votes away from Donald Trump, but democratic operatives say now, more than ever, they pose a bigger threat to a liberal presidential nominee.

"They need to be taken seriously as candidates because the margins matter," Rubin said. "Very narrow windows are what closed for Hillary Clinton when she wanted to be president two years ago. In Michigan, the vote difference for her losing to Trump was less than what Jill Stein received. So, A third-party candidate can be a spoiler."