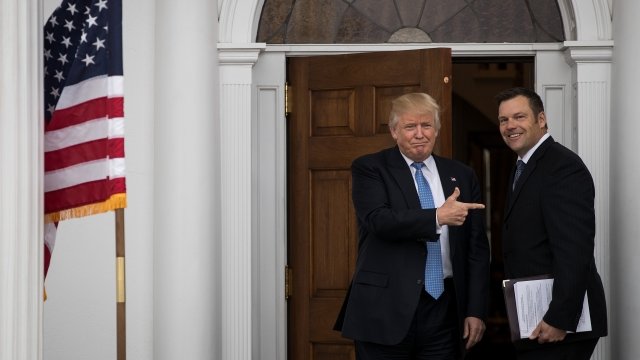 The commission is temporarily halting its calls for states' voter information until after a lawsuit is settled.

The Presidential Advisory Commission on Election Integrity told states to hold off on sending in data until a lawsuit filed by the Electronic Privacy Information Center is ruled on.

EPIC believes the commission's call for data violates voters' privacy. And they're not the only ones.

The group Public Citizen is also suing the administration. They say the collection of information about how any citizen exercises their rights violates the Privacy Act.

And the ACLU filed suit on Monday, saying the commission violated the Federal Advisory Committee Act.

That act requires advisory committees like this one to open all of their meetings to the public. But so far, the only meeting the commission has held was private.

The commission has a meeting planned for July 19 which will be open to the public. But the ACLU argues since it's only publicly accessible online, it still violates the act because only citizens with an internet connection can access it.

President Trump formed the voting fraud commission in May to investigate wide-scale voter fraud he believes took place during the 2016 election. There's no known evidence to support his claims.