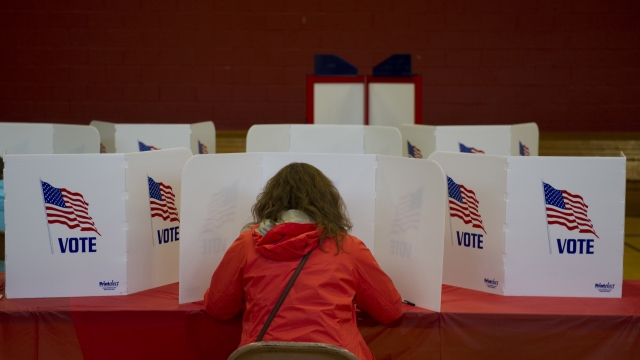 Researchers say that with $15 and a little know-how, you too could gain hundreds of extra votes on Election Day.

With Election Day just months away, security researchers are taking the time to remind all of us that electronic voting machines are outdated and more porous than Swiss cheese.

"I can insert it, and then it resets the card, and then I'm able to vote again," a Symantec researcher told CBS.

The latest warning comes from security firm Symantec, which has found a way to reprogram the cards used by some voting machines. A researcher told CNN that with a $15 device and a little expertise, anyone could give themselves 400 extra votes without poll workers suspecting a thing.

It's just one of a host of security flaws that electronic voting experts have been pointing out for years. The often outdated systems introduce a whole bunch of vulnerabilities that regular paper voting doesn't have to deal with.

According to Verified Voting, all but five states do have at least some form of paper backup to bolster their electronic systems. But several counties in swing states like Pennsylvania only use electronic voting machines.

"I'm afraid the election's going to be rigged; I have to be honest," Donald Trump told a crowd of supporters.

And fears of a rigged general election are running high right now, thanks to remarks from Donald Trump and the apparently-state-sponsored hack of the Democratic National Committee.

Homeland Security Secretary Jeh Johnson has floated the idea of declaring voting machines critical infrastructure, which would unlock new funding to beef up the security of these machines. But any plan to do that would first have to navigate the logistical nightmare of standardizing the more than 9,000 voting jurisdictions.

This video includes images from Getty Images and clips from the BBC and the State of Delaware. Music provided courtesy of APM Music.