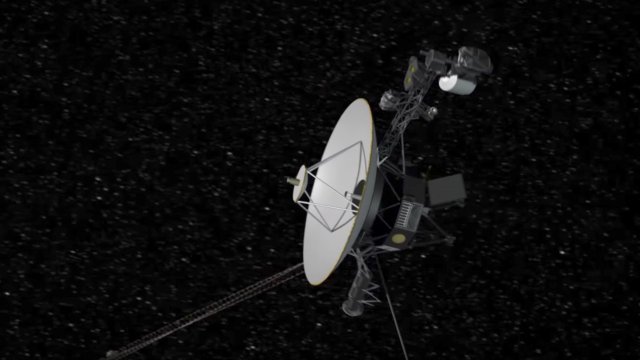 Scientists from the Voyager team didn't expect the spacecraft to still be up and running at this point.

The oldest operating spacecraft in the world is celebrating its "birthday" this August.

The Voyagers are the reason we know so much about Jupiter, Saturn, Uranus and Neptune. Together they've discovered signs of oceans and volcanoes on Jupiter's moons. And Voyager 1 was the first spacecraft to leave the solar system and enter interstellar space, or the space between stars.

How This Company Plans To Mine The Moon's Resources By 2020

A private company wants to mine the moon for resources by using a fleet of robots.

But they weren't always expected to be so accomplished. A Voyager project scientist said the team didn't know either would still be working at this point.

The craft are so old, only people with knowledge of 1970s software can operate them from Earth.

And the Voyagers aren't just travelers. They're also time capsules. Each carries an American flag, pictures and a golden record with sounds from Earth.

Scientists estimate they'll have to turn the Voyagers off by 2030, but the probes could technically last billions of years. That means even after they're shut down, they could still continue their journeys through space.