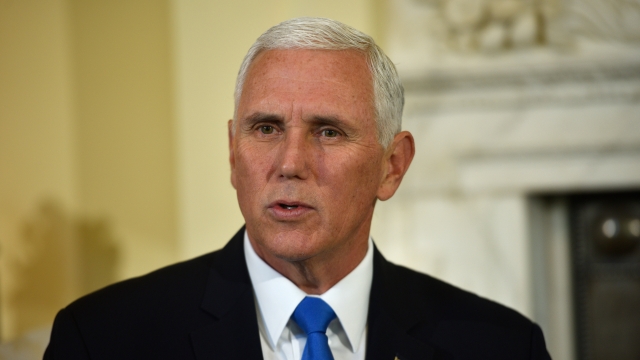 The NBA has faced backlash from Shanghai and Washington alike over how it handled a manager's tweet about Hong Kong.

Vice President Mike Pence criticized the NBA and Nike on Thursday. He said it's "un-American" for the companies to "embrace censorship" in regard to how the league handled a tweet about Hong Kong by the Houston Rockets' GM.

"Some of the NBA's biggest players and owners, who routinely exercise their freedom to criticize this country, lose their voices when it comes to the freedom and rights of other peoples. In siding with the Chinese Communist Party and silencing free speech, the NBA is acting like a wholly owned subsidiary of that authoritarian regime," Pence said.

NBA Commissioner Adam Silver stood by Morey, saying the league supports its members' freedom of expression. But he also urged the NBA's Chinese partners to remember their three-decade relationship and set up meetings in Shanghai. What's more, some players, including LeBron James, have voiced concerns about the potential financial loss Morey's tweet could have caused.

At the same time, the NBA has faced backlash from Washington. China's a major revenue source for the NBA, and lawmakers accused league officials of valuing money over freedom after it continued to host games in China. Vice President Pence says the NBA and Nike are ignoring the country's human rights abuses.

He said Nike "promotes itself as a so called 'social-justice champion,'" but "when it comes to Hong Kong, it prefers checking its social conscience at the door." Pence referred to Nike stores in China removing Houston Rockets merchandise in support of the Chinese government.

Pence also addressed Hong Kong protesters, who are demanding more independence from China and an end to police brutality, among other things.

"To the millions in Hong Kong who have been peacefully protesting to protect your rights these past months: We stand with you. We are inspired by you. And we urge you to stay on the path of non-violent protest."