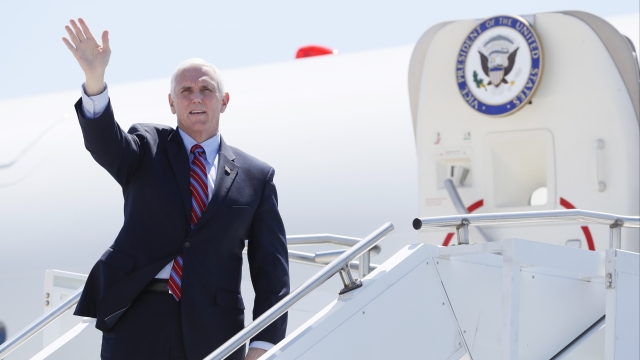 Pence's flight to Iowa on Friday was delayed to let anyone who'd had contact with his press secretary off the plane.

Vice President Mike Pence's press secretary, Katie Miller, told NBC News she has tested positive for COVID-19 and that she's asymptomatic. She confirmed the news shortly after President Donald Trump announced her diagnosis in a meeting with congressional Republicans.

"She's a wonderful young woman, Katie. She tested very good for a long period of time," President Donald Trump said. "And then all of the sudden, today she tested positive. She hasn't come into contact with me. She's spent some time with the vice president."

Vice President Pence's Friday flight to Iowa was delayed for about an hour. A senior administration official later explained that the person who tested positive — whom we now know is Miller — was not on the plane, but had possibly been in contact with six people who were scheduled to fly. Those people were removed from the flight.

A senior administration official said the people who got off the plane have been tested and all are negative. Miller's husband, Stephen Miller, is a top aide to President Trump.

An official said staff in the West Wing are tested regularly, and Pence and about 10 people on his staff are tested every day.