Wal-Mart Enters The Mobile Payment Game, But Is It Too Late? 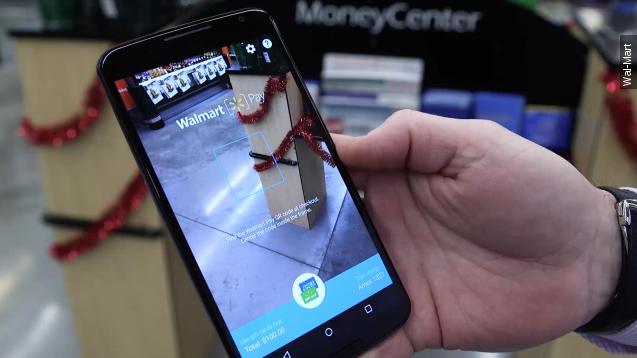 Wal-Mart shoppers will soon have something they haven't had before: the ability to pay for items with their smartphones. (Video via Walmart)

The superstore is rolling out Walmart Pay, the first payment system introduced by a U.S. retailer that can be used on both Apple and Android smartphones.

Walmart Pay joins Apple Pay, Google Wallet and Samsung Pay in what's becoming a crowded market. It will be integrated into the existing Wal-Mart app, an effort to build a bridge between in-store shopping and e-commerce. (Video via Google)

Wal-Mart says it will start rolling out the feature at select stores near the company's Bentonville, Arkansas, headquarters starting this month, expanding to stores nationwide "in the first half of next year."

But after three years, that system is still being tested, so Wal-Mart decided to roll out one of its own.

Just because companies are rolling out mobile pay systems doesn't mean people are using them, though. A study by InfoScout found under 3 percent of Black Friday transactions this year used Apple Pay, down from 4.9 percent in 2014. (Video via Apple)

The new system is part of a larger push by Wal-Mart, still known more as a brick-and-mortar retailer, to get a place at the table with e-commerce giants like Amazon. The company plans to spend $2 billion on this over the next two years. (Video via Walmart)