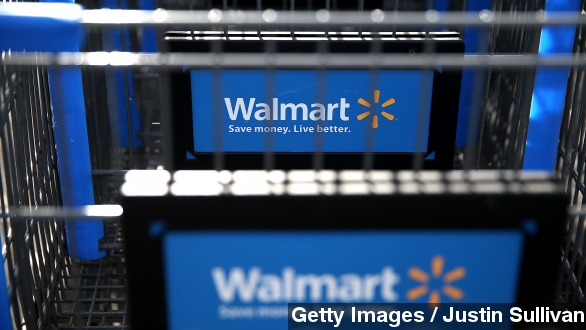 The retailer is testing an exchange where shoppers can trade gift cards from other merchants for Wal-Mart cards up to 95 percent of the card’s value.

If you receive a stack of gift cards this Christmas to places you don’t really like shopping, fear not! There is an alternative.

Wal-Mart is offering to exchange gift cards from more than 200 retailers, airlines and restaurants for a Wal-Mart gift card.

If you do trade in your gift card, you won’t get quite 100 percent of its value. Amazon customers for example can redeem up to 95 percent of their gift card’s value. For Gap, it’s just 85 percent. Some brands will be worth as little as 70 percent.

If Wal-Mart isn’t your cup of tea or you don’t think you’re getting a good enough deal, there are other websites where you can buy and sell gift cards at a discounted rate. Cardpool offers up to 92 percent value — and that’s in cold hard cash.

The gift card market in the U.S. is massive — according to advisory firm CEB TowerGroup, Americans will load $124 billion onto gift cards in 2014. And while spillage, or the amount of unused value on the cards, has dipped below 1 percent, that’s still about $750 million a year.

The firm also found that 65 percent of users spend 38 percent more than the face value of the card. According to Money: “When people are given 'play money' like gift cards, they're more likely to spend it on stuff they don't need.”

Gift cards were so popular last year, an estimated 1 in 8 Americans received one from coffee giant Starbucks.