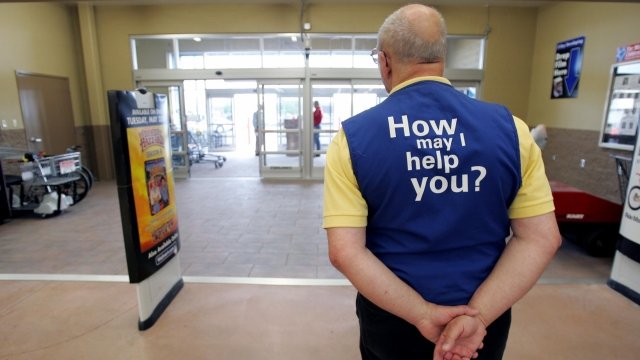 The big-box store is also expanding benefits for parental and maternity leave, along with other new policies.

Walmart is handing out bonuses and upping its minimum wage. And the big-box store says the Trump administration's tax overhaul bill is to thank.

Walmart announced it's raising its minimum wage for employees across the U.S. to $11 a hour.

In addition to the hourly wage hike, Walmart also says it's expanding benefits for parental and maternity leave, creating benefits for employees who adopt, and giving eligible employees a one-time cash bonus of up to $1,000.

In a statement, Walmart President and CEO Doug McMillon said, "Tax reform gives us the opportunity to be more competitive globally and to accelerate plans for the U.S."

The Tax Cuts and Jobs Act lowers the corporate tax rate from 35 percent to 21 percent.

The new minimum wage will take effect in February.

Walmart isn't the first company to hand out bonuses because of the new tax reform law. In December, AT&T announced it will award $1,000 bonuses to more than 200,000 U.S. employees.