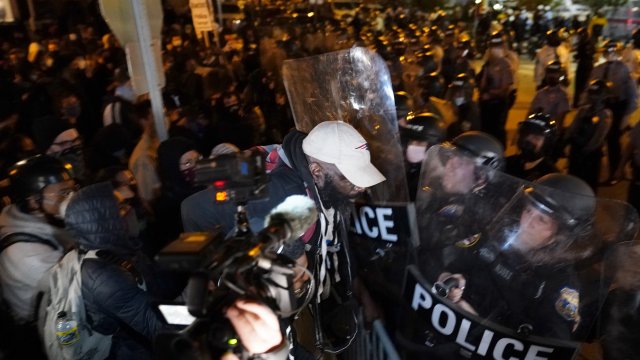 The family of the Black man killed by Philadelphia police earlier this week say they're not calling for murder charges against the officers who killed him.

He says officers are not equipped to deal with mental health emergencies.

Johnson and the Wallace family were able to review body camera footage of the encounter last night.

Wallace was shot at least 14 times within 30 seconds of the officers arriving on scene.

The 27-year-old was holding a knife and refused officers' commands to drop it.

The body camera footage will be made public.