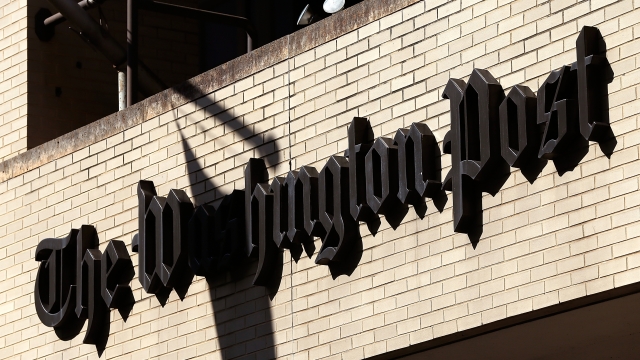 ​The newspaper placed one of its reporters on administrative leave after they tweeted about Kobe Bryant's rape case shortly after he died.

The Washington Post is being criticized for suspending a reporter over a series of tweets in the wake of Kobe Bryant's death.

The Post said Monday it had placed Felicia Sonmez on paid administrative leave after she tweeted a 2016 Daily Beast article about Bryant's rape case hours after the former NBA star died in a helicopter crash. Sonmez's post generated a lot of backlash on social media, and she later tweeted she'd received thousands of "abuse and death threats." She also tweeted a screenshot of her email inbox, which displayed some of those abusive messages and the names of the people who'd sent them.

According to The New York Times, the Post's executive editor told her via email her tweets represented "a real lack of judgment" and she was "hurting this institution by doing this." Shortly afterward, Sonmez deleted the tweets at the direction of a managing editor. That managing editor said later in a statement the tweets "displayed poor judgment that undermined" the Washington Post's work and that the newspaper was reviewing whether the tweets violated its social media policy.

The Post's newsroom union, the Newspaper Guild, protested Sonmez's suspension in a letter Monday, urging the newspaper "to take immediate steps to ensure her safety" and to "issue a statement condemning abuse of its reporters." The union said Sonmez had to leave her home "out of fear for her safety" and was provided "insufficient guidance" on how to stay safe. The union also said it was "concerned by The Post's unwillingness to be transparent about this issue, and alarmed by the implication that reporters will be penalized for talking about any topic not on their beat."

But late Tuesday, the Post lifted Sonmez's suspension. In a statement to Newsy, it said, "After conducting an internal review, we have determined that, while we consider Felicia's tweets ill-timed, she was not in clear and direct violation of our social media policy."