Warner Bros. Takes A Gamble, Splits 'The Stand' Into 4 Films 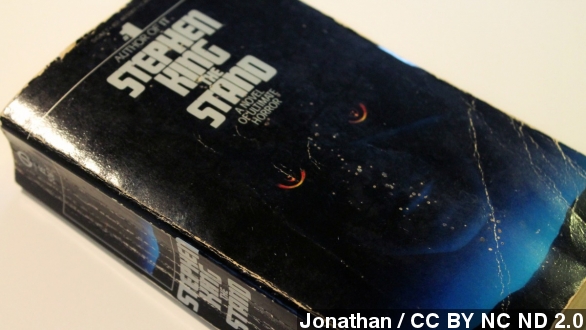 Warner Bros. is taking a risk on something other than superheroes and young adult novels by bringing "The Stand" to the silver screen.

Right now Hollywood seems unwilling to take a risk on any big-budget project unless it wears a cape or was born out of the pages of a young adult novel, but Warner Bros. is breaking that mold.

There has been buzz for a while now that the studio was looking to adapt Stephen King's post-apocalyptic novel "The Stand" into a feature film. But when writer and director Josh Boone handed over a script for the film and requested a budget of $87 million, he received a better reaction than he was hoping for.

He told Kevin Smith on his Hollywood Babble-On podcast, "They came back and said, 'Would you do it as multiple films?' and I said, 'F*** yes!' I loved my script, and I was willing to drop it in an instant because you're able to do an even truer version that way. So I think we are going to do like four movies."

So Warner Bros. isn't just aiming to make this movie happen but turn it into a big-budget epic and possibly with an A-list cast.

It's rumored Matthew McConaughey is being sought after for the villain in the film, but even if he does not end up being cast, IndieWire points out the studio's interest in McConaughey shows the caliber of actor the studio is looking at for the film.

It should be noted this isn't the first screen adaptation of what is arguably King's most celebrated novel. It was made into a miniseries in 1994, but that got a so-so response.

However, King himself seems pretty happy with the script for the upcoming film and having Boone at the helm as well. He told MTV: "He's hugely ambitious and hugely energetic so we will see what happens."

But while outlets such as Deadline praise Warner Bros. for its "creative ambition" for bringing a fully fleshed-out version of King's novel to the silver-screen, a writer at ScreenCrush isn't convinced it needs to be a four-film series, saying, "I wonder how much of our current franchise culture had to do with WB's decision to split up the narrative into four films instead of a reasonable two."

It has become a trend in Hollywood to draw out proven money-makers into multiple films. It started with the last two "Harry Potter" movies and continues in franchises like the "The Hobbit" and "The Hunger Games." It's a strategy that is starting to seem less about adding value to a film and more about selling movie tickets.

In the Hollywood Babble-On podcast, Boone said he hopes to begin filming the project as early next spring.

This video includes images from Jonathan / CC BY NC ND 2.0 and Getty Images.