Washington Bans Semiautomatic Assault Rifle Sales To Those Under 21 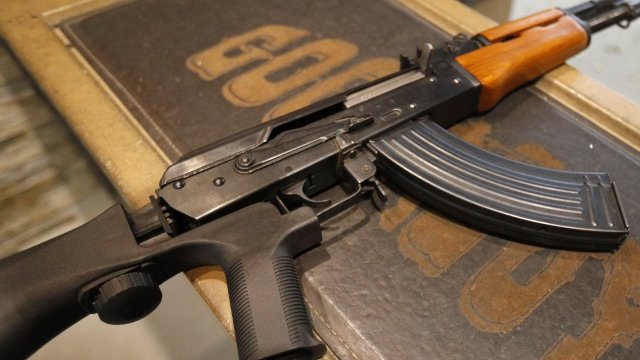 ​Previously, the restriction only applied to those under 18.

A new law has gone into effect in Washington state, banning people under the age of 21 from buying semiautomatic assault rifles.

The law went into effect Jan. 1. Previously, the restriction applied to those under 18.

A majority of Washington voters supported the measure back in November. Aside from the age restriction, the law also includes more thorough background checks, longer wait times, and criminal charges against people who don't store their guns safely. Those other provisions go into effect in July.

Opponents of the initiative say the provisions limit their rights to self-defense. They believe the strict storage mandate makes it harder for owners to defend themselves, and say the age restriction leaves 18-to-20-year-olds vulnerable, among other things. The N.R.A. and the Second Amendment Foundation filed a federal lawsuit against Washington shortly after the measures passed.

Washington joins several other states that have enacted tougher gun-control legislation in recent years. Last month, the Trump administration officially banned firearm bump stocks, which, when attached to a semiautomatic gun, can give it the fire rate of an automatic.