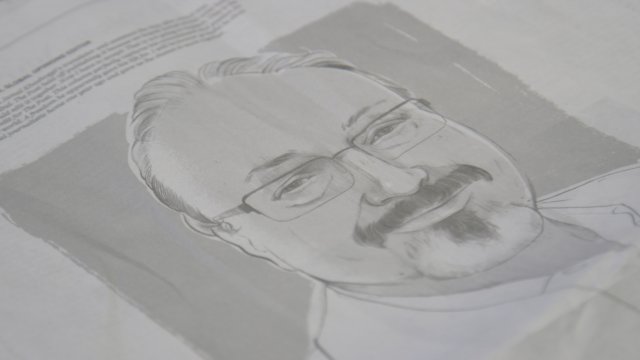 In what's believed to be his last column written, journalist Jamal Khashoggi published a call for more media freedom in the Arab world.

The Washington Post has published what could be its last column from Jamal Khashoggi, the journalist who disappeared in the Saudi Arabian consulate in Turkey more than two weeks ago.

"Well, first of all I was incredibly moved by the piece in general, and it was quite chilling to know that this was the last piece he had done," Abramowitz said.

Mike Abramowitz is the president of Freedom House, a non-governmental organization that advocates for basic freedoms worldwide. Khashoggi cited a Freedom House report in his column to describe the oppression in the Arab world.

Abramowitz told Newsy,"He was making a general point, which we really agree with, which is that freedom of the press, freedom of expression, is under a great deal of pressure in the Middle East among Arab governments."

According to Freedom House, just one Arab nation — Tunisia — adequately protects its citizens' basic freedoms. A handful of other countries ranked as partially free, while the rest are classified as "not free."

Khashoggi was particularly concerned with media freedom and freedom of expression: almost all of the Arab countries ranked on the bottom half of Reporters Without Borders' annual World Press Freedom Index.

To right the scales, Khashoggi prescribes "the creation of an independent international forum, isolated from the influence of nationalist governments," that would give Arab people a neutral platform to discuss and address their issues.

"That is a great aspiration. It's hard to do," Abramowitz said. "The problem is that countries can basically block that kind of information from getting to their people. It would be very difficult, one to set up the institution that he wants to, although it's very important. But even if it were set up, it would take a lot of work to actually get the information to Arab countries."

Khashoggi's disappearance has strained the normally-close relationship between the U.S. and Saudi Arabia. It's also reflected poorly on the Kingdom's Crown Prince Mohammad bin Salman, who's been treated as a reformer in the U.S.

"Someone who's willing to murder a dissident in another country, I'm not sure that person can be a partner for change," Abramowitz said. "I would hope that this would cause us to reevaluate the relationship in some way, and kind of put it on a more realistic sense. But I'm not sure that's actually going to happen."