Washington State Football Coach Fired For Refusing To Get Vaccinated 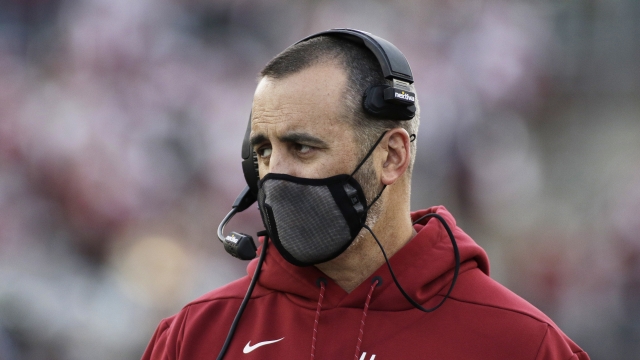 Nick Rolovich was fired with cause after being denied a religious exemption.

Washington State fired football coach Nick Rolovich and four of his assistants on Monday for refusing a state mandate that all employees get vaccinated against COVID-19, making him the first major college coach to lose his job over vaccination status.

Washington Gov. Jay Inslee, a Democrat, had set a deadline of Monday for thousands of state employees, including the Cougars’ coach, to be vaccinated. Rolovich applied for a religious exemption, which was denied Monday, Washington State athletic director Pat Chun said.

Defensive coordinator Jake Dickert will be elevated to acting coach and his first game in charge will be Saturday at home against BYU.

Also fired for refusing vaccination were assistant coaches Ricky Logo, John Richardson, Craig Stutzmann and Mark Weber. Chun said there may be no precedent for a team losing its head coach and so many assistants in the middle of a season.

The team released a statement saying Irving won't play with the team or join practices this season until he is eligible to be a full participant.

The 42-year-old Rolovich was the highest-paid state employee with an annual salary of more than $3 million in a contract that runs through 2025. He had said he wouldn't get vaccinated but wouldn't specify his reasons. He was the only unvaccinated head coach in the Pac-12 and had worn a mask during games.

Rolovich was fired for cause, which means the university does not have to honor the rest of his contract, although lawsuits over the decision are likely. The Washington State athletic department is currently facing a shortfall of more than $30 million.