WATCH: James Corden Has An Epic Sleepover With Tony Romo 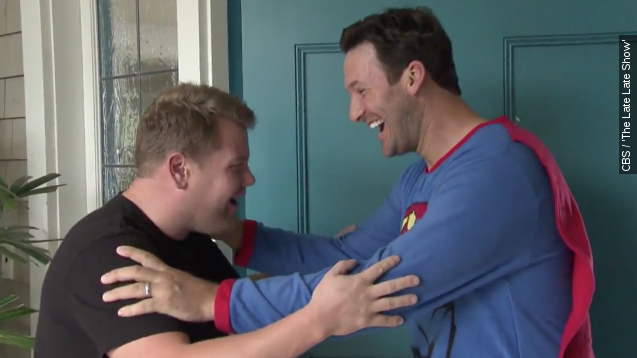 "Late Late Show" host James Corden and Dallas Cowboy Tony Romo decided to get some R&R together and have an epic sleepover.

Everybody knows the Dallas Cowboys aren't having the best year, so it's understandable that quarterback Tony Romo would want to cut loose a bit.

And apparently, that entails having an epic sleepover with "Late Late Show" host James Corden.

The two played all the typical sleepover games, like Chubby Bunny and Jenga.

"Anyone would think you had never lost before, you lose all the time," James said.

Whoa, that got honest real fast. Hopefully, this sleepover relieves some of Tony's stress before the Cowboy's Monday night game against the Redskins.