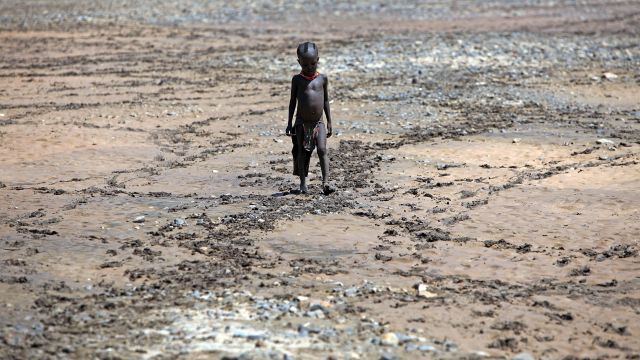 The Chicago Council on Global Affairs' Michael Tiboris explains the challenges of addressing water scarcity around the world.

Less than 1 percent of the Earth's water is available for human use. That should be enough.

"There is probably enough water for everybody, but where it is is a problem," said Michael Tiboris, Global Cities Fellow at the Chicago Council on Global Affairs.

"One of the challenges with water scarcity on the planet is where the water is; it's not always where we want it to be."

"The problems with water scarcity are often more a matter of being able to get water to the people who need it effectively and safely, than they are just in terms of whether or not the sheer total volume of water on the planet is enough to sustain a population."

"The poor deal with water scarcity the most. Even in places where there is relatively little water available, the difference between being poor and having economic resources puts you at a pretty serious disadvantage with respect to getting access to the water."

"So think of a place like Yemen, where there are really high rates of water scarcity. It's a very water-poor place in general, but even there we see pretty significant differences between reliable water access for the poor and water access for people who have more money." (Video via UNICEF)

"There's almost nobody on the planet that has literally no access to water because you die pretty quickly if that happens. The people that don't have access to reliable clean water on the planet? They're just drinking the polluted water."

"About 20 percent of the population of the world doesn't have reliable access to clean drinking water. So that means 1 in 5 people on the planet have, on a day-to-day basis, have the same sort of crisis that people in Flint do."

The world population is expected to reach 9.7 billion by 2050. Currently, more than 1.2 billion people lack access to clean drinking water.

How do you solve the scarcity problem?

"You can't treat it like it's a mathematical equation because the causes of scarcity, the causes of water stress and the solutions to it are pretty heavily dependent on non-technical factors —  on our ability to make thoughtful decisions about how we use the resource."

"Governments that are more stable, that are more democratic, that have a better relationship with their population can have a better chance at managing their resources well, so we need to do the things that help them do that, which means encouraging democracy and political stability."

This video includes contributions from Khaki Martin and images from Getty Images.