We're Lighting Up Earth At An Alarming Rate 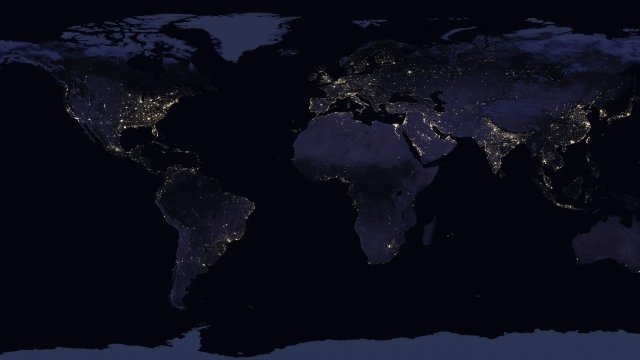 LED and CFL lights last a long time, and they're cheap. But they're still not slowing the demand for artificial lighting.

LED technology has made lighting more energy- and cost-efficient, and cities like Detroit and Chicago have spent millions to light up previously dark areas. The switch is happening all over the world, but a new study shows how that could be a problem.

Scientists are increasingly worried about light pollution. Today, 40 percent of Americans live in places so bright their eyes never adjust to seeing in the dark. That can throw off circadian rhythms, which increases the risk of sleep disorders and cancer, and can even slow the healing of wounds.

Wounds Can Heal Faster Depending On When The Injury Happened

Your body's circadian clock regulates a lot of your bodily functions, but researchers figured out that same clock can also influence cell activity.

To study the effects of cheaper lighting, researchers used satellites with infrared sensors to detect how much light a country emits. They found Earth's artificially lit outdoor areas grew by about 2 percent per year from 2012 to 2016.

The study's authors noticed that globally, lit areas grew at about the same pace as GDP. Continents with developing countries, like Africa, South America and Asia, accounted for the biggest increases in light coverage.

The brightest countries in the world, like the U.S. and Spain, didn't see big changes in their radiance, but most others did. Only 16 countries saw lighting decreases during the study, and some of those countries, like Yemen and Syria, were at war during that time.