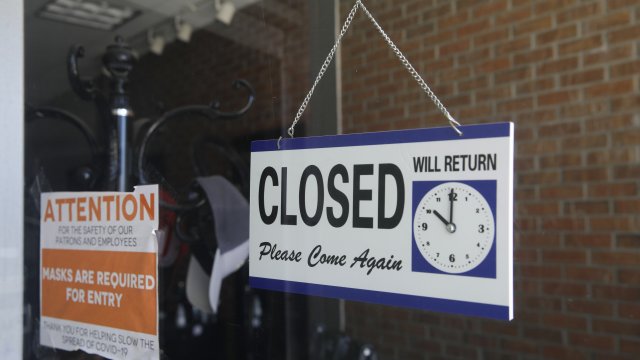 Claims came in higher than expected while Congress stalls on another round of stimulus.

The number of Americans filing jobless claims rose to 870,000 last week — slightly higher than what most economists were expecting.

“The path forward will depend on keeping the virus under control and on policy actions taken at all levels of government,” Powell said.

It also comes as nearly half of all U.S. states are reporting an uptick in new COVID-19 cases. CDC Director Dr. Robert Redfield warns another surge could put millions of Americans at risk.

"A majority of our nation — more than 90% of the population — remains susceptible,” Redfield said during a Senate hearing.

Meanwhile, Democrats and Republicans still haven’t agreed on another round of stimulus, even as millions remain unemployed. With the 2020 campaign heating up, it’s unclear if they’ll reach a deal before Election Day.