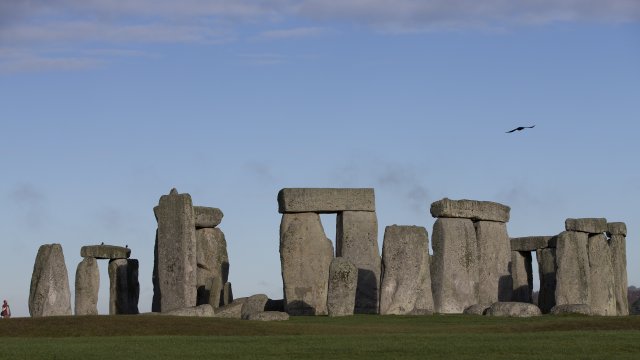 It might be the one sunniest day of the year, but it’s felt like the middle of summer for weeks.

Druids and pagans have gathered at Stonehenge on the same morning every year for a millennium to welcome summer.

After a two-year COVID lockout, 6,000 were back at the ancient site on the Salisbury Plains in England.

The massive stones were erected in 2500 BC and aligned to match the summer and winter solstices.

On the summer solstice, the sun rises behind the heel stone, funneling the sun’s first rays of the day into the center of the monument.

The summer solstice marks the day when Earth is tilted the most towards the sun, creating the longest day of the year in the northern hemisphere. The opposite happens in December for the winter solstice.

And while there’s more sun today, this year it’s felt like the middle of summer for weeks.

The jet stream pushed north and plunged back south, creating a high pressure heat dome, trapping stagnant air and heating it up.

Last week we saw record temperatures across the the midwest and Great Lakes.

Now the heat dome moves towards the south. We’ll see triple-digit real temperatures across the southeast, eventually moving to the Gulf Coast before blistering the state of Texas on Friday..

The heat and winds fanned a massive wildfire in New Jersey. It exploded on Monday and is now burning 11,000 acres near Atlantic City and could become the largest fire in the Garden State in the last 15 years.

The heat wave has intensified the megadrought in the west, helping to reignite the Left Fork wildfire in Utah for the third time since May.

After today, the days start getting shorter, counting down to the shortest day of the year on the winter solstice.