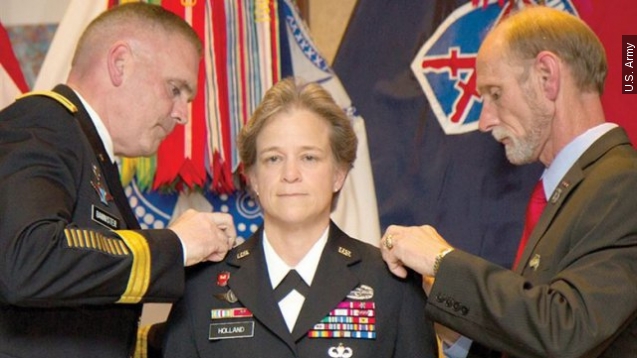 For the first time ever, a woman has been named commandant of cadets at the U.S. Military Academy at West Point.

For the first time ever, a woman has been named commandant of cadets at the U.S. Military Academy at West Point.

Brig. Gen. Diana Holland was previously named the first female deputy commanding general of a light infantry division and completed tours in both Iraq and Afghanistan.

Holland said in a press release: "I am very honored to be named the next commandant of the U.S. Corps of Cadets. It's a privilege to be part of the team that trains and develops leaders of character for our Army." (Video via The U.S. Military Academy at West Point)