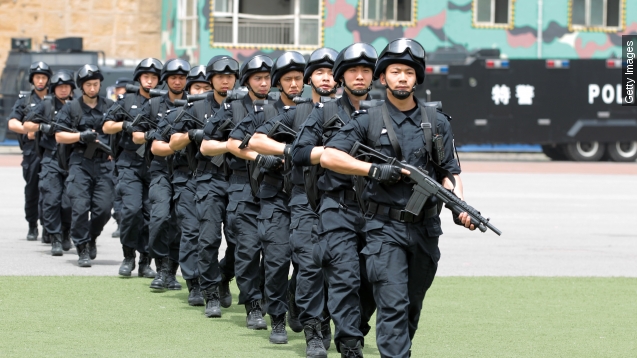 The U.S. Embassy in Beijing says it has received information about possible threats against Westerners on or around Christmas Day.

Westerners in Beijing have been warned they are the targets of a Christmastime terror threat.

The U.S. Embassy in Beijing says it "has received information of possible threats against Westerners in the Sanlitun area of Beijing, on or around Christmas Day."

Sanlitun is known as a trendy neighborhood frequented by foreigners.

One counter-terrorism expert told the Los Angeles Times in some ways the threat is a shock since only one attack in China has targeted Westerners since the '90s.

China's state-run news agency says Beijing police have put all medium- to large-sized malls and supermarkets under a yellow security alert, with plans for a greater police presence and all public trash bins being checked every 30 minutes.