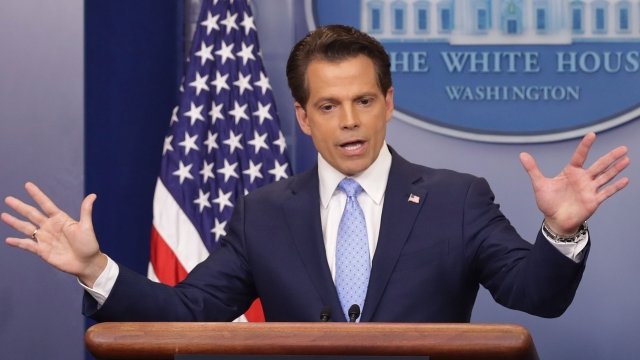 In one deleted tweet from 2012 he called Hillary Clinton "incredibly competent." In another from 2011, he praised Mitt Romney for staying out of the "Trump 'spectacle.'"

Scaramucci was pretty upfront about the move, letting his followers know he was deleting old tweets because his past statements "shouldn't be a distraction."

But Twitter wasn't the only place Scaramucci voiced criticisms of President Donald Trump.

In a 2015 interview with Fox Business, Scaramucci called Trump a "hack politician" –– adding that he would be president of the "Queens County bullies association."

He ultimately worked on Trump's campaign in 2016, though he worked on Gov. Scott Walker and Jeb Bush's failed presidential campaigns first.

On Saturday, Scaramucci said his past views have "evolved," and Trump's agenda is "all that matters."