What Artists Have Learned From Virtual Theater During The Pandemic 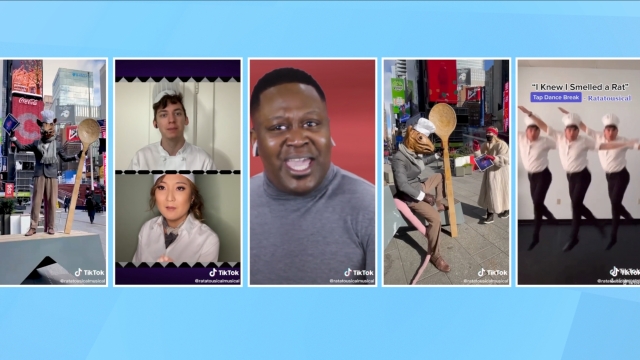 Actors and musicians used time away from Broadway to experiment with new forms of artistic storytelling.

From "Ratatouille: The TikTok Musical" to "Bridgerton" and even the "Fast and Furious" franchise, musical theater fans and artists moved the stage to the small screen and collaborated virtually during the pandemic.

Macy Schmidt was the music director behind the viral "Ratatouille" TikTok musical — a project that started with fans on the vertical video platform and ended with a star-studded virtual production raising $1.9 million for the Actors' Fund. The nonprofit provides emergency financial support for performers and crews during the pandemic.

While the project was definitely a product of the past year's lockdowns and shutdowns, Schmidt says it could happen again.

Beyond viral projects on TikTok, other musical theater artists used the time away from Broadway to write music and record albums remotely.