What Defense Officials Are Looking For In Potential 'Insider Attacks' 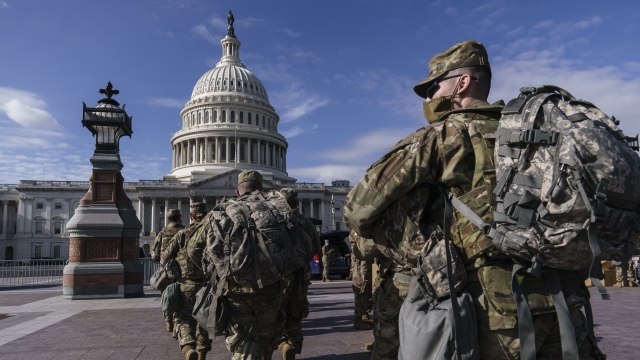 One security concern is a possible attack by armed individuals.

Insider threats are a really big concern, and those have been a priority for the government since the September 11 attacks so many years ago.

But this time around, they're really taking a hard look at white supremacists, far-right militants and other radical groups who have vowed to return to Washington for the inauguration.

Another security concern is a possible attack by armed individuals.

Because of this, National Guard units have been conducting security drills, and they're using those to practice when to use force, how it should be done and how to work with law enforcement, since those officers are the ones who would be making any arrests on Inauguration Day.