What Does Hollywood Have To Fear With Deepfakes? 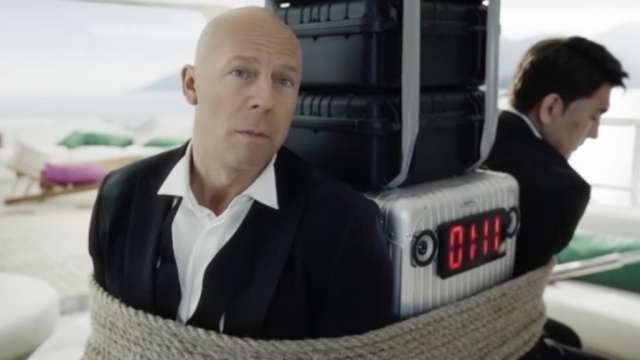 As the use of deepfake technology increases, questions arise on whether an actor's digital twin can be used without consent.

There's a Russian cell phone commercial that seems to star Bruce Willis, but the retired actor's team says he never sold the rights to appear in the ad. Videos like that — showing doctored, digital twins of celebrities — have reopened conversations in Hollywood about the legal implications of deepfake technology.

"Right now, we are more than ever before being confronted with the reality of having to think about what protections need to be created, either through legislation or by court made law, to allow people to feel safe in putting their image out there on these platforms," attorney Allen Secretov said.

As the technology behind deepfakes continues to advance, it may effectively allow actors to be in multiple places at once. Their digital twin could do reshoots or appear in promotions. For studios, deepfakes present an opportunity to immortalize their popular characters as played by well-known actors.

The issue at hand is making sure performers aren't losing out to their digital twins.

The Screen Actors Guild, or SAG, has been actively cautious about deepfakes and face-swapping technology since 2013 — in response to athletes being digitally recreated in video games. This summer, SAG's national executive director warned the technology could "pose potential threats to performers' livelihoods."

"This is why SAG is so involved in this because they can foresee a future where some of their members are at a loss or have not been able to commercially monetize their image and likeness because they gave that away earlier on in their career, and nobody wants that to happen," Secretov said.

Fact-Checking Social Media In An Era Of Manipulated Photos, Videos

Christian Bryant explains the effect manipulated images and videos have on news literacy, with suggestions on how to weed out the fakes.

Though it varies by state, one of the protections that exists today is the right to publicity, which can protect the names, likenesses and identities of anybody from being used without their consent.

"If you have this ability to make money off yourself, then you should own that ability," attorney Heather Antoine said. "That's just considered an intellectual property right, so it's freely transferable, it's freely licensable."

The right to publicity has protected celebrities like Michael Jordan and Katherine Heigl, whose images were used without their consent in advertisements. But given the growing advancements in deepfakes, legal experts say people — particularly less-experienced actors and young athletes — should keep a careful eye on their contracts.

"If an actor is signing on to be involved in a project, they need to — now more than ever before — look at the language of the contract and be clear about what permissions they're giving," Secretov said.

"The lawyer's job to say, 'Hey, this is a potential issue that could affect you for not only the next 10 years, but maybe the next 50 years,'" Antoine said. "Let's say you become the next Michael Jordan, then what?"

It's a race against technology, as legal experts say there's more discussion to be had about the legal implications of deepfakes. But caution today can help protect a performer's identity in the future.