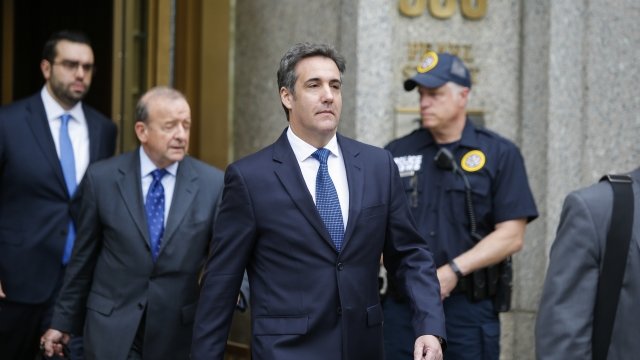 The case involving documents taken from Michael Cohen's office, hotel room and home was back in front of a federal judge on Wednesday, and we learned a few different things.

The documents acquired during that FBI raid in early April are going through quite the review process.

Prosecutors investigating Cohen are turning items over to Cohen's defense team. His attorneys are marking documents they believe are highly personal or covered by attorney-client privilege, though the special master appointed by the judge makes the final ruling on what documents prosecutors are and are not allowed to look at for their investigation.

The judge gave Cohen's attorneys until June 15 to review the documents they've received and determine what they believe is or isn't covered by attorney-client privilege.

We also found out prosecutors are trying to piece together documents from a shredder acquired during the raid. Prosecutors told the judge it would take them a couple more weeks to finish that project, and it seems review of those documents won't be subject to the June 15 deadline.

And one more element of Wednesday's hearing — Michael Avenatti, the lawyer for Stormy Daniels. He previously filed a motion to weigh in on this case, too. But the judge seemed to reprimand him and his "publicity tour" in court, and shortly after the hearing, Avenatti withdrew his motion.