What Happens Next To Sony, Disney And 'Spider-Man'? 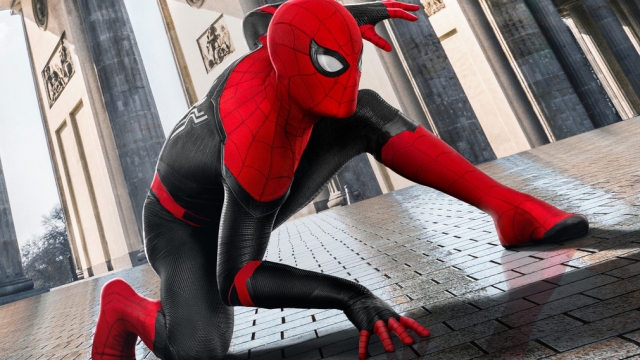 "Disney will be just fine. ... Sony's the one that people are going to have to look at closely."

"So, to become an Avenger, are there, like, trials or an interview?"

"Just don't do anything I would do."

By now, you've heard the news. Sony and Disney are likely ending their "Spider-Man" collaboration and taking the web-slinging superhero out of the Marvel Cinematic Universe.

With little information on the negotiations, fans and followers are now left wondering: What happens next to Spider-Man and his respective franchises?

"It's going to be much harder for Sony to create the kind of cinematic universe that Marvel has created with their teams of superheroes. Yes, there's Venom, who's a natural villain who will rise up against Spider-Man in future films, but the harm comes completely to Sony. ... Disney will be just fine, thank you. Sony's the one that people are going to have to look at closely."

That's Tom Nunan, a producer, former network TV executive and lecturer at the UCLA School of Theater, Film and Television. He knows better than most people what these deals and decisions mean. But like many Marvel and Spider-Man fans, he's disappointed in the fallout of the unprecedented collaboration.

"I'd never seen or heard of this kind of creative collaboration between two rival studios — where the upside for the collaborating studio, meaning Disney and Marvel, was so minimal."

Nunan says it's worth asking whether a split between the two companies will actually happen or if it's just a negotiating stance for Disney.

On Twitter, Sony Pictures wrote, "We hope this might change in the future," and that statement may indicate an openness to renegotiations down the road.

Nunan says he doesn't think that's likely, but amid all the obscurity, one thing is clear: Sony and Disney had a good run.

"There is no question that [Marvel Studios President] Kevin Feige and the Marvel people have profoundly and effectively influenced the 'Spider-Man' franchise. ...And it's a drag that comic book fans, the Spider-Man fans, won't be getting that magic from Kevin Feige and Marvel any further."