What Happens To City Centers When So Many People Work Remotely? 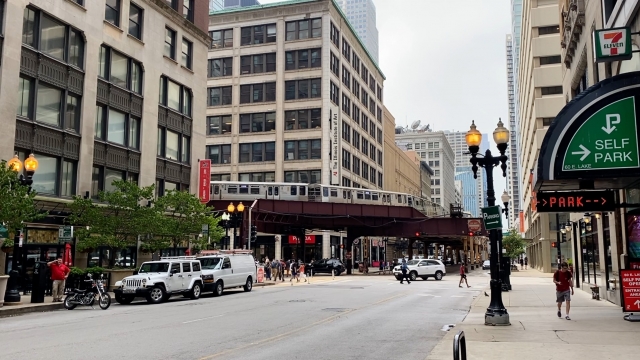 As more employers embrace remote work, city centers are emptier than before the pandemic.

The pandemic has changed a lot of things. Working remotely has left city centers ghosted, not nearly as crowded as they were pre-COVID. And you can see it in this commute.

"It could be the pandemic or the riots that happened; so many stores closed down," says Sana Fatema, who interns at BCBS Illinois.

Here in Chicago, the Transit Authority says it lost 80% of its ridership at the height of the pandemic last spring. Some are returning, but as you can see, crowds aren’t the same.

“They’re starting to slowly come back, but I think we just have to wait and see,” says commuter Jennifer Fowler.

"In most big U.S. cities, a majority of the workforce is office-based."

That's commercial real estate expert Tracy Hadden Loh. She says offices make up 71% of real estate in the 30 largest U.S. cities. Remote work has been a precautionary measure, and with the surge in the Delta variant, we may be seeing an extension of working from home. For cities to recover from COVID-19, she says they’ll have to learn to adapt.

"We need to think about how to redistribute activity within downtown ... so that our downtowns aren't so vulnerable to the disruption that can happen because one particular use is hit," says Loh.

Amy Finnegan is visiting from Cincinnati. "If I can get to Chicago, I’m coming to Chicago. The only thing that would hold it down if there were lockdowns again,” she says.

Loh reminds us that "those other good reasons to get together still exist, and the pandemic has not changed them."